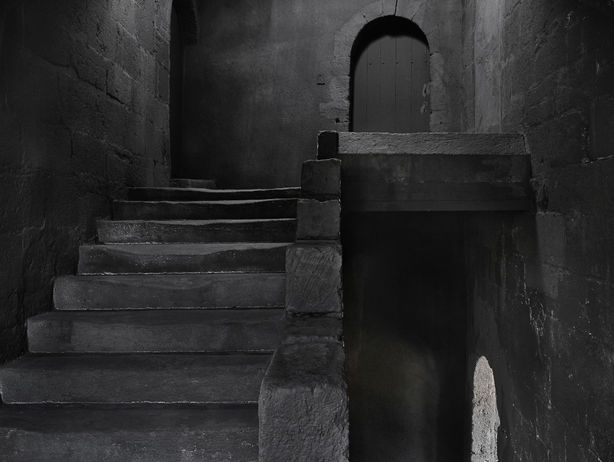 The starting point and inspiration for his large-format photographs are derelict spaces, often abandoned for demolition. In these spaces, he draws, paints or builds structures which only when seen from that uniquely possible viewpoint of the camera give rise to a new, generally two-dimensional subject.

Georges Rousse transforms the three-dimensionality of space through colour, light and architectural elements into a two-dimensional photographic image area. Is this reality becoming vision, or vision becoming reality?

Georges Rousse's spaces are real; the photographs are not manipulated, but instead reflect the artist's work in an unadulterated way, often outlasting their place of origin. The simple geometric forms of his new works, which originated in Japan, India and Europe, captivate with force, expression and colour.

The official opening of the exhibition takes place on 17 October at 7pm.

On 7 November 2014 at 7pm, we invite you to an artist's talk with Georges Rousse.